Oligarchical collectivism and the four steps to learning politics 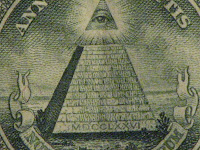 The linking of institutions in the form of oligarchical collectivism, as George Orwell so accurately called it, is the predicament of the status quo. Oligarchical collectivism is at the root of all the world’s problems. Abstractly, the collective of oligarchies becomes concerned with the institutions that the pyramid is made of and not the individuals the pyramid is supposedly built for.

Concretely the problem can be seen in a healthcare system which props up insurance and pharmaceutical industries. And in a martial and war practices which run the planet. And even in the austerity measures where the concern for individuals is second to the concern for institutions.