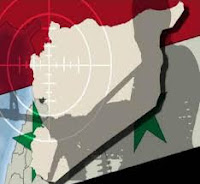 Although evidence supporting the claims that the overwhelming majority of the Syrian “rebels” are made up of foreign fighters is not surprising to anyone who has investigated the unfolding crisis in Syria at any length, it might indeed come as a shock to those whose only source of information are mainstream Western media organizations like CNN, FOX, MSNBC, and other similar corporate outlets.

Yet the extent to which foreign mercenaries and religious fanatics make up the majority of the “rebel” (more aptly named “death squad”) ranks might surprise even those who would otherwise be considered well-informed regarding the Syrian situation.