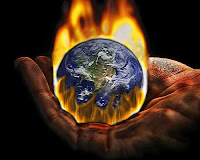 In keeping with the obvious Anglo-American assault on Syria, destabilization efforts disguised as popular movements against national governments are once again popping up in all corners of the world.

Although the thinly disguised destabilization campaign known as the Arab Spring was largely confined to the Middle East, the latest push by Western-backed intelligence agencies, governments, militaries, and NGOs (Non Governmental Organizations) is now taking on global form. Venezuela, Zimbabwe, and Malaysia all seem to be caught in the crosshairs of the Anglo-American elite and the destabilization tactics of NGOs, Foundations, and popular uprisings that end (and sometimes begin) with violence. From the Middle East and South America to Africa and Asia, the Anglo-American empire is marching forward with a drastic enlargement of covertly conquered territory, putting the Western world on an inevitable and intentional collision course with both Russia and China.

One need only take a brief look at the unfolding events in Syria, Venezuela, Zimbabwe, and Malaysia in order to see the hands of Western militaries and intelligence working behind the scenes; even though some operate more out in the open than others. This article will briefly examine the situation of the latter three countries.

In addition to the aforementioned NATO-backed crisis in Syria, there exists the continuing effort to shake up and remold the regime in Venezuela.

Under the leadership of former President Hugo Chavez, Venezuela was a stalwart source of resistance to the plans of the Anglo-Americans for years, particularly since the George W. Bush administration and, like the imperialist policies the Venezuelan government was initially responding to, continued through the Obama administration.

Likewise, for just as long, both Chavez’ government and the current Venezuelan administration has been the target of US/NATO-backed destabilization efforts, covert operations, and political pressure.