UN: Fukushima ‘Unlikely’ to Pose Health Risks (Even as Kids are Diagnosed with Cancer)

The UN has come to the conclusion that the world shouldn’t really worry about negative health effects from the 2011 Fukushima nuclear meltdown. 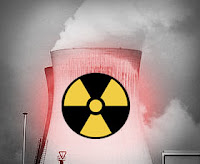 The 60th session of the United Nations Scientific Committee on the Effect of Atomic Radiation (UNSCEAR) has completed what they claim will be “the most comprehensive international scientific analysis of the information available to date” that concludes not only were there no immediate health risks from the meltdown but that,

“It is unlikely to be able to attribute any health effects in the future among the general public and the vast majority of workers.”

UNSCEAR joins the UN’s World Health Organization which similarly reported that, “radiation induced health impacts are likely to be below detectable levels.”

The nuclear meltdown at the Fukushima Daiichi Nuclear Power Plant that occurred following a major earthquake in March 2011 is estimated to be the equivalent of 168 of the atomic bombs dropped on Hiroshima during World War II, and yet apparently, it’s of little concern.

These self-purported UN experts came to this conclusion even as more reports surfaced this week of even more Fukushima survivors being diagnosed with cancer. Apparently a total of 12 Fukushima adolescents were diagnosed with thyroid cancer, and another 15 are suspected of suffering from other types of cancers.

Last summer, a report came out that of 38,000 Japanese children tested, 36 percent presented with abnormal growths (cysts and nodules). Approximately 174,000 children and young people under the age of 18 lived around the Fukushima nuclear power plant at the time of the meltdown.