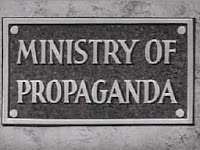 Rumors have long floated around about government shills spreading disinformation on websites that are at odds with the governmental party line. Now it’s official: the US government has awarded a contract to a company in California to create software to manage “online personalities”. The software will allow one person to manage up to 10 personas, and will be used to counter “extremist ideology and propaganda”.

Those who visit forums and websites that tend to object to the actions of the current government won’t be surprised to hear that paid trolls are roaming the Internet with the clear purpose of manipulating opinions via social media. Last year, an anonymous author confessed that he had worked as a paid shill targeting several popular alternative websites to spread disinformation.

The online personalities, known as “sock puppets”, will allow the military to “create a false consensus in online conversations, crowd out unwelcome opinions and smother commentaries or reports that do not correspond with its own objectives.”