Hardware and Software Combining to Replicate the Human Brain 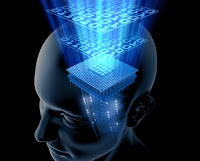 The goal to create a computer brain every bit the equal to its human counterpart is nearing reality . . . if the researchers involved can be believed. These are the same researchers, after all, who have made disingenuous claims in the past.

On one hand it has been stated that mapping the vast structure of the human brain - particularly true cognition, not only computational power - is nearly insurmountable:


Using today’s state of the art technology, it takes an AI-assisted researcher almost 50 hours to reconstruct a SINGLE neuron! At that pace, one researcher would need to devote the next 500 million years to neural mapping; no bathroom breaks allowed. (emphasis added) [Source]

Nevertheless, two new developments -- one in hardware and one in software -- seek to overcome the problem of decoding the human brain.