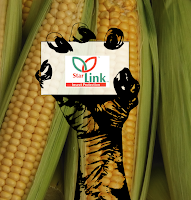 StarLink™ maize, the first genetically modified organism to be pulled off the market over a decade ago due to safety concerns, was recently found to be contaminating food products in Saudi Arabia. Does this mean that an illegal form of GM corn is still being produced in the US? And if so, renewed testing of US corn-containing products intended for human consumption both domestically and abroad should be initiated immediately.

A new study published in the journal Applied Biochemistry and Biotechnology titled, "Prevalence of Genetically Modified Rice, Maize, and Soy in Saudi Food Products," indicates there is widespread contamination of the Saudi Arabian food supply with GM ingredients, including the highly controversial StarLink™ maize, a variety of Bt corn patented by Aventis CropScience (acquired by Bayer AG in 2002). StarLink™ maize was approved for domestic animal feed and industrial use in the US in 1998,[1] but was segregated from human consumption due to safety concerns related to its potential allergenicity.