Is Obama's War on Weed Coming To An End? 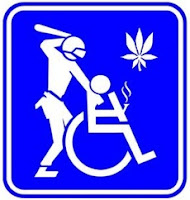 Attorney General Eric Holder today announced an Obama Administration policy change on mandatory sentences as they relate to drugs. The new policy includes the “compassionate release” of some prisoners and expanding “at-risk” programs for teens.

“Prisons are operating at 40% above capacity,” he told the audience at the American Bar Association’s annual meeting in San Francisco, which was broadcast on C-SPAN.

“Incarceration rates have increased 800% since 1980,” he added, putting over 200,000 people in federal prisons this year. Half of those inmates are incarcerated for drug-related crimes, he said, costing $80 billion a year.

“The plain and simple truth is that alcohol fuels violent behavior and marijuana does not,” said Norm Stamper, Seattle’s former Chief of Police, in the forward to Marijuana Is Safer: So Why Are We Driving People to Drink?"