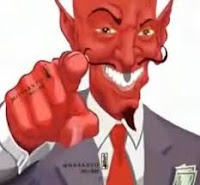 At the Justice Begins with Seeds biosafety conference held in Seattle August 2-3, it was announced that a recent court decision prevented Monsanto from suing farmers for patent infringement when their crops become genetically contaminated with lab-engineered patented seeds. But the ruling is insufficient to protect farmers in the real world, where contamination events are often much higher than only one percent of a field, as specifically prescribed in the ruling.

The June 2013 decision dismissing OSGATA v. Monsanto discussed in the letter by Jim Gerritsen, president of the Organic Seed Growers and Trade Association, protects farmers from being sued for “inadvertent contamination” of “approximately one percent” of their crops. Gerritsen sent the letter in lieu of his appearance.

That letter, reproduced at Good Food Web, has now gone viral, leading to some misunderstanding about the significance of the court’s decision and the protections afforded US farmers.