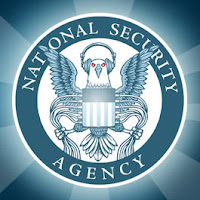 It's a longstanding rogue agency. It always operated extrajudicially. It's worse than ever now. It's a power unto itself.

Obama claims "(w)e don’t have a domestic spying program. What we do have are some mechanisms where we can track a phone number or an email address that we know is connected to some sort of terrorist threat."

False! Obama knows it. He lied. He always lies. He's a serial liar. NSA has a longstanding domestic spying program.

Most infractions involved "unauthorized surveillance of Americans or foreign intelligence targets in the United States."