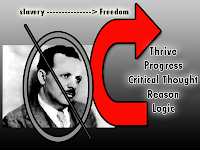 America has been plagued by a powerful mind control tactic which was suggested, experimented with, and fully implemented over a century ago by a man named Edward Bernays. The time has come for Americans to come to grips with the content and theories that Bernays used to influence American history. It’s time to call out the legacy of deceit and manipulation that this man brought to American history; by doing this, only then can America begin to heal from the web of psychological damage inflicted on a nation.

This tactic of psychological manipulation, control and deceit has spawned into a world-wide media propaganda practice (which he personally developed for the CIA) that has proven venomous and destructive, and that has been directly and indirectly responsible for the death of tens of millions of people in the past century alone.

It was the deceptive Bernays who studied his uncle's work (Sigmund Freud) on psychoanalysis and thought through his own theories about human behavior and how to manipulate the masses. When speaking of Bernays we are talking about a man who seemed unattached to human suffering. Bernays seems to have walked through life proud of what he had discovered. There seems to be no indication that he ever actually realized the magnitude of the damage he inflicted on humanity by putting into practice his deceptive mind control theories, to be used for promoting ideas that were not necessarily true and ideas that would be used to control humans. Bernays’ pride seemed to have come from knowing that his predictions about human behavior were correct. There are no indications that he felt any remorse for what he had done.

Despite all of this, Bernays is respected and esteemed in a positive manner by Hollywood and constituents. He seemed to have walked through life under the radar of fame. He managed to manipulate the world, including showing politicians how to sell wars to the general public while millions of innocent people and troops from both sides of the world wars died in vain.

It’s time for America to come together to reverse the Edward Bernays effect. Let’s do what we can to expose the deceptive public persuasion techniques he implemented and let the world know there is a manual on how to lie to the public and manipulate the masses into believing propaganda lies.
Read More
Posted by Admin at 7:39 AM