Snowden Tells NYT That Media Sold Out After 9/11 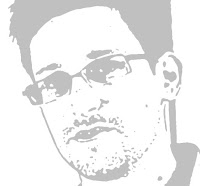 NSA Whistleblower Edward Snowden had some harsh words for the New York Times and the rest of the corporate media.

In an interview with Snowden, put together by filmmaker Laura Poitras who worked with Glenn Greenwald on the original disclosure, the New York Times got an earful indictment of their complicity to government policies.

Snowden told the New York Times that the media "abdicated" its role as a watchdog of government after 9/11:


After 9/11, many of the most important news outlets in America abdicated their role as a check to power -- the journalistic responsibility to challenge the excesses of government -- for fear of being seen as unpatriotic and punished in the market during a period of heightened nationalism. From a business perspective, this was the obvious strategy, but what benefited the institutions ended up costing the public dearly. The major outlets are still only beginning to recover from this cold period.