22 Medical Studies That Show Vaccines Can Cause Autism 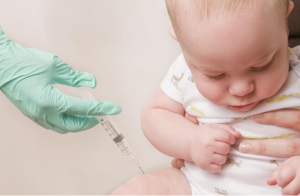 Concerns regarding vaccinations continue to increase exponentially in light of all of the information and documentation that has surfaced over the past few years. As a result, corporate media has responded to alternative media, stating that the increase of persons who are choosing to opt out of vaccines and the recommended vaccine schedule is a result of ‘fear mongering.’

For example, if we take a look at GlaxoSmithKline and Pfizer, they are owned by the same financial institutions and groups that own Time Warner (CNN, HBO etc.) and General Electric (NBC, Comcast, Universal Pictures etc.).(1)(2)(3)(4) This is seen throughout all of the major vaccine manufacturers and all of the 6 corporations that control our mainstream media. Keep in mind that these are the major funders of all ‘medical research’ that’s used to administer drugs and vaccinations. Despite these connections, medical research and documentation exists to show that vaccines might indeed be a cause for concern.