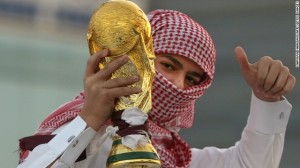 The time is running out, the S day is scheduled on September 9, when the Congress is almost sure to give President Obama a carte blanche on Syria. The closer the date, the more dirty secrets become known by the World…

It’s now clear that in the second half of August, as soon as the political situation in Egypt became less explosion-prone, the Qatar and Saudi Arabia Wahabiite monarchies have applied an unprecedented amount of pressure on the White House, especially on President Obama himself. The unnamed sources of the certain Persian Gulf countries have confined to the international press that Riyadh and Doha have resorted to the most vulgar of all means – bribery.[1]

The high profile officials were not simply provided with handsome sums for the green old age, they were promised to receive extensive investments in the US economy. Should one doubt the fact that the countries that most Americans are unable to find on the map are bribing their officials, he can remember the FIFA 2022 story, when Doha competing for the honor to host this event against the world’s best football grands has somehow managed to come first. Bribery and corruption – are the common day practices for the Wahabiite monarchies that they use on the regular basis in order to gain certain advantages over their rivals. After paying Obama these “powers” are now busy trying to sweeten the pill up for the US senators and congressmen after having the deal signed and sealed with both the President of the Senate and the Speaker of the House of Representatives. So it’s pretty sure that Obama will get his permission to strike Syria.