A Plea for Caution From Russia


Relations between us have passed through different stages. We stood against each other during the cold war. But we were also allies once, and defeated the Nazis together. The universal international organization — the United Nations — was then established to prevent such devastation from ever happening again. 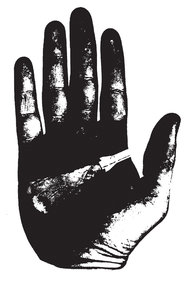 The United Nations’ founders understood that decisions affecting war and peace should happen only by consensus, and with America’s consent the veto by Security Council permanent members was enshrined in the United Nations Charter. The profound wisdom of this has underpinned the stability of international relations for decades.

No one wants the United Nations to suffer the fate of the League of Nations, which collapsed because it lacked real leverage. This is possible if influential countries bypass the United Nations and take military action without Security Council authorization.

The potential strike by the United States against Syria, despite strong opposition from many countries and major political and religious leaders, including the pope, will result in more innocent victims and escalation, potentially spreading the conflict far beyond Syria’s borders. A strike would increase violence and unleash a new wave of terrorism. It could undermine multilateral efforts to resolve the Iranian nuclear problem and the Israeli-Palestinian conflict and further destabilize the Middle East and North Africa. It could throw the entire system of international law and order out of balance.