American Banker Wharton Barker’s First-Person Account Confirms: Russian Tsar Alexander II Was Ready for War with Britain and France in 1862-1863 to Defend Lincoln and the Union – Americans “Will Understand” 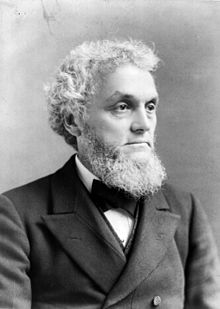 Wharton Barker
This account, written by the American banker Wharton Barker and published in The Independent (LVI) of March 24, 1904, recounts Barker’s conversation with Russian Tsar Alexander II, the celebrated Liberator of the serfs, on August 17, 1879, a few years before his assassination at the hands of anarchists. Here the Tsar confirms that, at the height of the American Civil War in 1862-1863, the Imperial Russian government had issued an ultimatum to Britain and France specifying that, if these powers should intervene on the side of the Confederate States of America, they would immediately find themselves at war with the formidable Russian Empire. The Tsar explains that the Russian battle fleets which arrived to great éclat in New York and San Francisco in September-October of 1863 were the visible tokens of this policy. He also situates the Russian approach to the Civil War in the context of other cases in which Russia had acted to preserve a European and world balance of power designed to check the inordinate geopolitical and economic ambitions of Great Britain. Alexander II’s policy may be compared to the war-avoidance doctrine of Putin and Lavrov today. This extraordinary document will thus repay study by historians of the events of 150 years ago, as well as by statesmen of today.

Barker’s greatest hope, as he says at the conclusion, is that his countrymen will finally comprehend the motivation of their great friend in their hour of need. He writes that “if they will give due thought to the words of the Emperor Alexander II, [Americans] will do what is more vital in the shaping of the destinies of a nation. They will understand.”

And today, before they can understand, they will have to remember. Therefore we take this opportunity to cast belated light on these great events.