The corporate interests driving the United States, its resources, and policy, have invoked dead children in the latest and grisliest propaganda campaign yet, directed at the American public to build support for an otherwise unjustified and universally unwanted war with Syria. 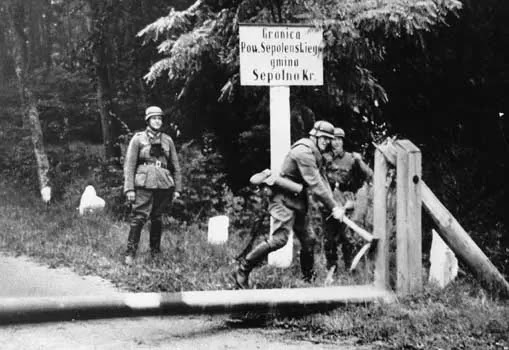 Image: The Summer of 1939, after staging border incidents to frame Poland for unwarranted aggression, Hitler orders the Nazi invasion of Poland. This would not be the first or last time a Western nation used a manufactured "casus belli" to start a war of aggression, now considered a Nuremberg offense and a crime against world peace.

The headline of CNN's "First on CNN: Videos show glimpse into evidence for Syria intervention," suggests that by watching the grotesque videos, some sort of evidence exists to justify an assault on Syria. Instead, the videos only show yet again, the crime, and only the crime - a crime which no one, including the Syrian government, denies occurred. What is missing, as has been the case since the US leveled accusations against the Syrian government on August 21, 2013, is any evidence at all as to who actually committed this crime.