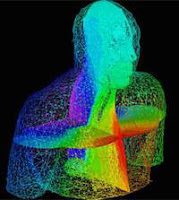 Among several “chemicals of concern” recently removed from a list of proposed regulations by the Environmental Protection Agency, Bisphenol A, a neurotoxin and endocrine disruptor that also damages DNA, has been banned in several other nations and in eleven US states.

BPA is used in making plastics from bottles to food packaging, and in thermal receipt paper. It’s found on paper money, and in epoxy resin used in food cans and textiles. Though BPA penetrates nearly half of all food stuffs , several more toxic bisphenols, like BPS, reports GreenMedInfo, also invade the food supply.

BPA has been linked to Type II diabetes, premenopausal breast cancer, abnormal heart rhythm, and lowered thyroid hormones in boys. Not only is BPA linked to obesity, but prenatal exposure tends to feminize boys and masculinize girls. Truly, the list goes on.