“In coupling the absorption of visible light with the production of hydrogen in one material, we can generate a fuel simply by illuminating our photocathode -- No external electrochemical forward biasing is required.” 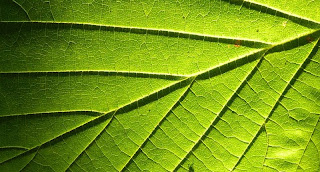 In the search for clean, green sustainable energy sources to meet human needs for generations to come, perhaps no technology matches the ultimate potential of artificial photosynthesis. Bionic leaves that could produce energy-dense fuels from nothing more than sunlight, water and atmosphere-warming carbon dioxide, with no byproducts other than oxygen, represent an ideal alternative to fossil fuels but also pose numerous scientific challenges. A major step toward meeting at least one of these challenges has been achieved by researchers with the U.S. Department of Energy (DOE)’s Lawrence Berkeley National Laboratory (Berkeley Lab) working at the Joint Center for Artificial Photosynthesis (JCAP).

“We’ve developed a method by which molecular hydrogen-producing catalysts can be interfaced with a semiconductor that absorbs visible light,” says Gary Moore, a chemist with Berkeley Lab’s Physical Biosciences Division and principal investigator for JCAP. “Our experimental results indicate that the catalyst and the light-absorber are interfaced structurally as well as functionally.”

Moore is the corresponding author, along with Junko Yano and Ian Sharp, who also hold joint appointments with Berkeley Lab and JCAP, of a paper describing this research in theJournal of the American Chemical Society (JACS). The article is titled “Photofunctional Construct That Interfaces Molecular Cobalt-Based Catalysts for H2Production to a Visible-Light-Absorbing Semiconductor.” Co-authors are Alexandra Krawicz, Jinhui Yang and Eitan Anzenberg.