Thousands Of Genetically Modified Insects Are Set For Release 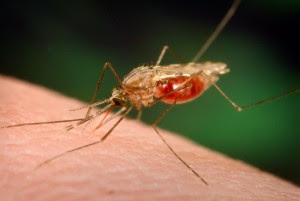 Thousands of Genetically Modified (GM) insects developed by British scientists are set to be released into fields across Europe as an alternative to chemical pesticides. Granted, pesticides have been responsible for jeopardizing human health, damaging the environment and killing millions of bees and other insects, but is the proper solution manufacturing genetically modified insects?

The idea is to release a large number of GM olive flies that will be used to kill off wild pests that damage the crop. The company responsible for their manufacture and release is Oxitec. They plan to release GM male olive flies that would naturally mate with the females, ultimately resulting in the death of female offspring at the larvae or maggot stage. The thought is that this would lead to a reduction in the olive fly population, which would allow the trees to produce fruit without the need for chemical sprays.

Oxitec has applied to Spanish regulatory authorities for permission to carry out a netted field trial of its GM insects. If the trial is successful, more trials will be carried out in Greece and Italy - the company also eventually hopes to be able to use the GM insects in British fields as well.

Our approach is aimed not only at controlling the olive fly, but also to avoid harming other species. By using our form of genetic sterility our flies are designed to eliminate the pest and not to stay in the environment. – Oxitec’s Dr Martha Koukidou (1) 3