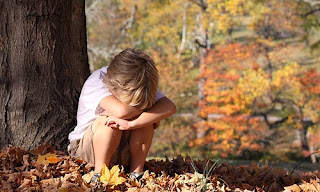 On September 25, 2013, the Daily Mail reported that seven-year-old Josh Hadfield had been refused compensation by the UK government, despite being left with severe narcolepsy after receiving the swine flu vaccine in 2010.

Josh was a healthy four year-old little boy until he received the H1N1 vaccine Pandemrix. Within two weeks of receiving this vaccine, his life changed forever. Left unable to play, walk, swim or even laugh without falling to sleep, Josh now receives a large cocktail of drugs just to enable him to stay awake.

Despite this tragedy, Josh has been refused compensation by the UK government because they say that he is not disabled enough. [1]

However, page 44 of the National Health Service (NHS) Guide to Immunizations up to 13 Months states:

Most immunizations are given without any trouble at all, but very rarely there may be problems. The Vaccine Damage Payment Scheme is designed to help with the present and future financial burdens of the person affected by the vaccination and their family. It covers all the vaccines described in this booklet except hepatitis B vaccine. [2] (emphasis added)