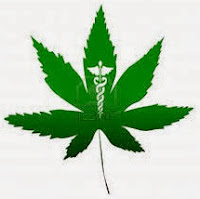 Medical marijuana patients in Canada can expect a 50-100% increase in the cost of medication next year, all so that large commercial interests can monopolize the habilitative herb, CBC News reports.

Health Canada has banned private-dwelling production of this 34-million-year-old plant, because the Mounties complained about missing out on taxes for weed sold outside the licensed market. Actually, they called the activity “criminal” because, after all, no matter that the plant is safer and more effective than many lab-drugs, the government criminalized it.

The 4,200 small growers, who are limited to selling to only two patients, must close down all operations by March 2014, or apply for licensing under the new regime which has much stronger security protocols, necessitating serious infrastructure upgrades and paperwork protocols.

Users will be required to buy only from the large-scale factory farms, because – we all know – factory farms are so much better for the environment and the local economy.