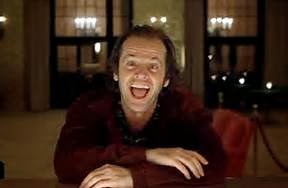 CNN
The Department of Defense has issued a statement declaring it has decided to change its name.  The change in name will correspond to a bright new change in policy. Tired of being "meek and long-suffering", the dovish DOD will now "grow teeth".

A DOD spokesman mused, "Aside from the fact that this is a clunky metaphor, what with doves having beaks and all, we're still deciding to stick with it.  We briefly thought of incorporating the imagery of a winged serpent, but that gets into mixed metaphor territory.  Consistency is highly important to us!"

The Pentagon, however, has broken with the idea of a unilateral defense narrative, responding, "Are you crazy? You guys are psychopaths, and you always have been. We, on the other hand, base our entire philosophy on the Beatitudes. Losers."

(In unrelated news, the Pentagon will now be referred to as "The Pentagram". But not by the Pentagon.)

Dissension within the epicenter of the war machine is causing considerable international tension.  We sought to elicit responses from our allies, but they were too busy "playing cards" to get back to us.  When we called back later, some were "hung-over", while others had "gone to the track".
Read More
Posted by Admin at 9:21 AM