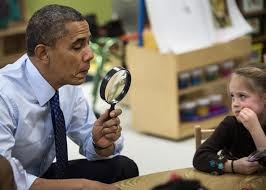 In stunning political news today, the President of The United States slipped on a tray of caviar, and landed on his head.

Upon waking, The President uncharacteristically refused the nectar from his golden goblet, but began reciting snatches from the Constitution, as if he were actually familiar with it.

It is reported he opined, "It's like I've awoken from a long nightmare, except I played the villain!"

With one fell swoop, The President rescinded ObamaCare, re-opened the national parks, and paid the country back for his outrageous vacations, out of a slush fund buried beside Jimmy Hoffa in the Rose Garden.

A press conference has been scheduled for later today, where Obama is expected to switch parties. That is, he is expected to stop partying in Los Angeles, and instead party in New York, which will save the country an unspecified amount of worthless paper money.

Stunned reporters dropped their momentary obsession with Syria, to become immediately fascinated by the new "Caviar Controversy," as if they were distracted two year-olds.