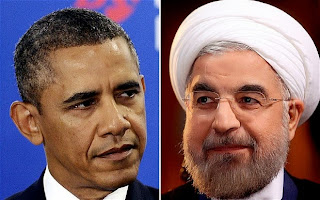 As political leaders in Washington and Tehran signal they are in favor of diplomacy, is a genuine rapprochement between the two powers actually possible?

The speeches at this week’s UN General Assembly by the leaders of Iran and the US, although each striking conciliatory tones, both envisage a vastly different international order. Recently-elected President Hassan Rouhani, in his first speech to the assembly, reiterated that the Iranian nuclear issue is essentially a red herring, while eloquently addressing the moral deficiencies of the international order as it exists today. He spoke of the human cost of sanctions that devastate communities and the most vulnerable members of society, the illogicality of militaristic pursuits of hegemony, and the need for an international order that rests upon nations existing on an equal footing and the primacy of international law. Rouhani called upon nations to form a peacemaking coalition that rejects extremism and warmonger coalitions. Rouhani’s words were not bellicose, but grounded in moderation and compassionate sensibilities that reflect a growing consensus of global opinion in favor of a truly multipolar world.

The Iranian president’s speech reflects a world view that Iranians themselves overwhelmingly favor, and those who voted him into office are the victors, as Rouhani has taken to the world stage and emerged as a true statesmen and a representative of his people. Unfortunately, this is the point where optimism turns into pessimism.
Read More
Posted by Admin at 11:04 AM