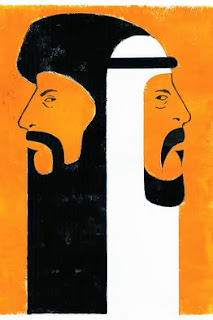 In a cycle of habit borne out repeatedly in the mainstream western media, demonization and fear mongering against Iran is picking up pace again in the face of attempts by the new Iranian President Hassan Rouhani to rebuild relations with the west and work toward international cooperation. The techniques and methodologies used by the west in perpetuating the geopolitically-motivated, neo-imperialist, agenda against Iran often come across in the media as clumsy and awkward in their reasoning. Before delving into the hard geopolitical reality, a much needed word on the disingenuous leveraging of human-rights against countries such as Iran is critical.
Iran and the Western “Human Rights Card”
In a recent Fox News report, Iran’s human rights record is criticized by Benjamin Weinthal, a Berlin-based fellow of the Foundation for Defense of Democracies (FDD). His arguments are employed to argue against the feasibility of pragmatic negotiations with Iran as according to his logic, Iran is not a regime “worthy” of practical negotiation with. To use the reported human right violations against religious minorities and Christians and particular as geopolitical leverage to argue against diplomacy and negotiation with Iran wreaks of compromised, corporate-financier motivation, especially when juxtaposed with the intimate collaboration of the United States and its allies with one of the most repressive regimes in the Middle East (and the world), Saudi Arabia.
While Iran is often berated for its short-comings, these short-comings pale in comparison to the atrocities perpetuated by the Saudis. In Saudi Arabia, no Jewish or Christian worship is allowed and possession of a Bible could warrant you various brutal punishments. Saudi Arabia has been notorious for rigid campaigns against Bible possession and religious symbols, especially in airport customs searches including the shredding of any Bibles found and in one case, harassing a nunwho was passing through Jeddah on a transit flight.
Saudi Arabia, in cooperation with the United States, is currently promoting a sectarian-extremist-driven destabilization campaign in Syria whose byproduct has resulted in nightmarish lives for people across religious lines which can be described as nothing less than premeditated genocidewith former CIA official Robert Baer predicting campaigns against Christians in Syria and Lebanon during an interview with Seymour Hersh for his excellent 2007 article, “The Redirection.”
Read More
Posted by Admin at 11:42 AM