The Propaganda Narrative of a Peaceful Muslim Brotherhood 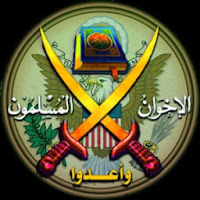 Three years after the Syrian destabilization began in earnest, it appears that the propaganda narrative surrounding the nature of the so-called “Syrian rebels” is wearing away as more and more Americans realize that the “rebels” are actually nothing more than Western-backed fundamentalists and mercenaries. However, while the propaganda revolving around Syria seems to be failing, it appears to be much more successful in regards to current events taking shape in Egypt.

Indeed, the narrative constantly played throughout the mainstream and, unfortunately, alternative media largely constructs the Muslim Brotherhood “opposition” as peaceful protesters who are merely fighting for democracy, free elections, and self-determination. However, as I have written on numerous occasions, the fact is that the Muslim Brotherhood is nothing more than a conglomeration of religious fanatics, dupes, and corrupt individuals of varying societal status. In addition, the Muslim Brotherhood is tied at the hip to Western intelligence, most notably that of the British and Americans.

Nevertheless, the tired propaganda of the corporate media which has been used in Egypt, Libya, and Syria is being used once again in Egypt and, unfortunately, is continuing unabated even by much of the alternative media.