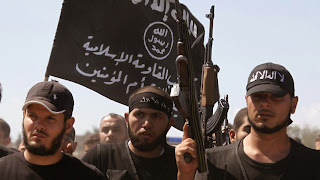 A recent Daily Telegraph article reveals that armies of Al Qaeda terrorists are using NATO-member Turkey as a springboard for their invasion of neighboring Syria.

NATO is the chief executor of the so-called "War on Terror," started in 2001 after Al Qaeda terrorists allegedly flew four passenger planes into various targets on America's east coast, including the World Trade Towers and the Pentagon. Nearly 3,000 people died in a single day. The invasion of Afghanistan promptly followed based on the pretense that it was "harboring" members of Al Qaeda. The invasion and nearly decade-long occupation of Iraq followed shortly thereafter.

Yet despite all of this, Turkey, a NATO member since the early 1950's, appears to be guilty of the very crime Afghanistan was allegedly invaded and to this day still occupied for, harboring Al Qaeda terrorists. An army of Al Qaeda is (and has been for nearly 3 years) using southern Turkey as a safe-haven and staging ground for the invasion of Syria - disingenuously portrayed by the Western media as a "civil war."

Worst of all, these terrorists, literally carrying Al Qaeda's banner into battle, are passing CIA outposts, US, British, and French special operations training camps, and through Western-funded refugee camps, on their way to commit a wide array of atrocities along and within Syria's borders.