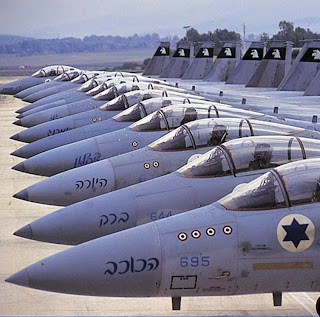 Israel and its Western sponsors have admitted to an unprovoked airstrike in Syrian territory this week. This is the latest of several assaults Israeli planes have carried out against neighboring Syria over the past year. CNN, in its report, "Israeli planes strike Syrian military base, U.S. official says," admits:

Israeli warplanes struck a military base near the Syrian port city of Latakia this week, an Obama administration official told CNN on Thursday.

An explosion at a missile storage site in the area was reported in the Middle Eastern press, but an attack has not been confirmed by the Israeli government.

The target, according to the Obama administration official, was missiles and related equipment the Israelis felt might be transferred to the Lebanon-based militant group Hezbollah. The official declined to be identified because of the sensitive nature of the information.

There was some confusion about the timing of the attack, with some reports saying it happened Wednesday, and others saying Thursday.