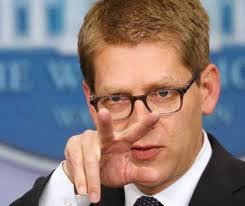 Below is a compendium of various political comments from both parties about Obamacare, and the current political climate.

Democrats: Republican “plants” growing within the Democratic administration purposefully sabotaged our “labor of love”, Obamacare, ironically increasing the bureaucracy they profess to oppose. We are “just shocked” at their behavior. How do we know? It was the victory dance that gave them away.

Republicans: We learned the victory dance from a shaman. That guy can really get down. He said it was a modification of a Navajo rain dance. But no, the dance was just for show. The Demon Cats inexplicably messed that thing up on purpose. What kind of "labor" gets handled so carelessly? Oh wait. We forgot. Fruition is not their forte.

Jay Carney: People are becoming suspicious of Obamacare? Inconceivable! How could we have known it would destroy the economy? Is it wrong to want to force people to become vassals and enslave them? I mean, to want to help them, whether they like it or not? I mean… Oh, forget it. Language has not yet been invented to convey the subtlety of our craft. Witch language comes closest, though.

IRS Commissioner Werfel: Which language is Witch Language? It's the arrow in the marrow of the pay role. Obamacare? It's the dare in the air of the lair. Is that helpful?

Obama chief of staff Denis Mcdonough: Witch Language is an ancient form of communication, whereby an idea is magically transmitted by any means necessary. We would never actually employ such a measure, especially not to pass an unpopular Bill, by an unpopular President, on an unsuspecting hypnotized populace. What do you think we are, Republicans?