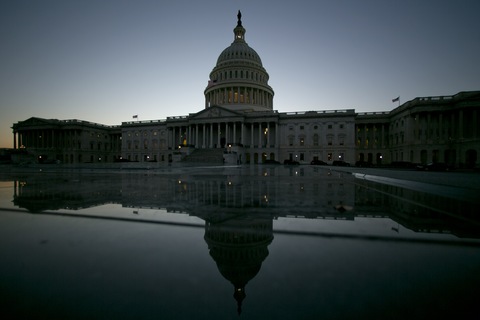 There's no shortage of measures to argue over when it comes to determining spending levels. The Congressional Budget Office on Wednesday released a report of 103 policy options that would either decrease federal spending or increase revenues from 2014 to 2023.
With the January deadline to keep the government funded fast approaching, the 29-member budget conference committee, led by House Budget Committee Chair Paul Ryan, R-Wis., and Senate Budget Committee Chair Patty Murray, D-Wash., convened their second meeting Wednesday. They're tasked with devising a spending plan by Dec. 15.

The policy options vetted by the CBO are not targeted directly to the budget conference committee, but some of these options have been introduced in current legislative proposals. Others come from previous administrations' budget proposals and some are adopted from the private sector.

Here's a sampling of the policies and how much each would save or generate for the U.S. government.