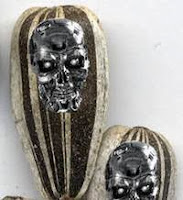 Brazil’s Judicial Commission has tabled a bill allowing for genetically modified terminator seeds until February 2014, when it will again take up the topic.

Terminator seeds are lab-engineered for sterility; genes are modified to switch on production of a toxin that would kill off developing plant embryos, reports Nature.

Another type of terminator technology is an inducible molecular mechanism, explains Ban Terminator. “The gene for seed sterility or germination can be turned on or off from the outside – by treating the plants with a chemical or other factor.”

The risk, according to biologists, is when (not if) the modified plant pollinates natural plants and passes on externally controlled sterility. The other risk is that all seeds will become controlled by corporations, so that seed saving becomes impossible. As the last 150 years have shown, when corporations control a market, things die and people go broke.