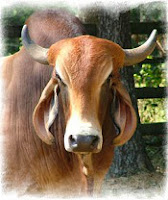 Since Nov. 25, grocers, meatpackers and other firms began labeling meat not only where the animal was born, but also where it was raised and slaughtered, as part of the US Dept. of Agriculture’s tighter COOL rules. The new rules were written in May, but gave firms six months to come into compliance. The USDA describes COOL as being about consumer information rather than food safety.