Powerful Protests Against Chevron and Fracking in Romania 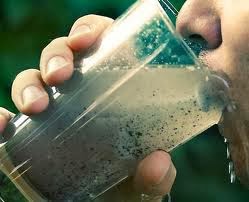 It is often easy to forget that the battles we face against corporate invasion on American soil are playing out across the planet. It is a global agenda after all. But we rarely see the faces and hear the stories of people similarly affected by the same monstrosity that aims to eliminate national sovereignty and individual rights, while completely disregarding the health of people and the environment.
Fracking has gone beyond a contentious issue as study after study has not only called into question the health and environmental safety of the practice, but studies have even linked fracking to earthquakes and other regional earth changes.
The video below shows Romanian villagers squaring off against the enforcers of the corporatist theft of their land in collusion with the local mayor and higher government. The passion, sorrow and strength of resistance is unmistakable, as is the eloquence of those who appear to describe their motivations for fighting against a seemingly insurmountable "horde of foreign invaders." It's the same fight we all share.