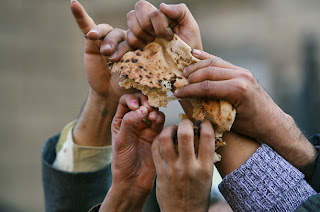 About 30 percent of the major global cereal crops – rice, wheat and corn – may have reached their maximum possible yields in farmers' fields, according to University of Nebraska-Lincoln research published this week in Nature Communications. These findings raise concerns about efforts to increase food production to meet growing global populations.

Yields of these crops have recently decreased or plateaued. Future projections that would ensure global food security are typically based on a constant increase in yield, a trend that this research now suggests may not be possible.

Estimates of future global food production and its ability to meet the dietary needs of a population expected to grow from 7 billion to 9 billion by 2050 have been based largely on projections of historical trends. Past trends have, however, been dominated by the rapid adoption of new technologies – some of which were one-time innovations – which allowed for an increase in crop production.