In August 2011, the Telegraph reported in an article titled, "Libya crisis: Rebel leaders hoping to starve Gaddafi stronghold of Sirte into submission," that: 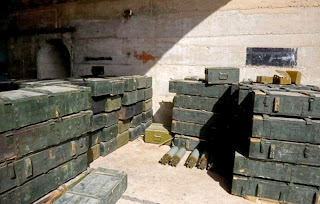 Rebel leaders hope to starve Colonel Gaddafi's home town of Sirte into submission, laying siege to his last remaining stronghold in an attempt to avoid mass bloodshed, according to the man spearheading efforts for a peaceful takeover.

Assisting them in the starvation of the 100,000 civilians who populated the coastal city of Sirte was NATO who rained bombs down upon the besieged city relentlessly while terrorists on the ground cut off electricity, water, gas, food, and other essential supplies.

AP would also report on the starvation of Sirte in its article, "U.N. Warns Libya Is Short of Water, Fuel, Medicine:"

Rebel commanders have been negotiating with tribal leaders in Qaddafi's hometown of Sirte, hoping to avoid further bloodshed. They announced Thursday that they had extended the negotiations' deadline for another week, from this coming Saturday.

"We want to save our fighters and not lose a single one in battles with Qaddafi's forces," said Mohammed al-Rajali, a spokesman for the rebel leadership in the eastern city of Benghazi.

"In the end, we will get Sirte, even if we have to cut water and electricity" and let NATO pound it with airstrikes, he said.

And despite the title of the report, the UN made no mention of the tactics of the terrorists and their NATO backers. Instead, the UN was more concerned with aiding areas of the nation already taken by NATO's proxy army.