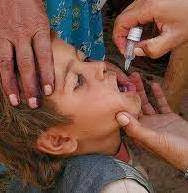 That went so well in Africa, India and Pakistan that surely Big Pharma profits going in and out, in caring for all the syndromes that develop — later if not immediately — and earning a tidy sum under the snake oil promise that vaccines prevent disease or provide protection against them. Evidence show that vaccines are too loaded with toxins and nanobits of who-knows-what to risk the side effects or sub rosa purpose of today’s vaccines. But from a new book, authored by a medical doctor who dug into the history of vaccines, we learn vaccines have been militarized since year 1.