18 Unregulated Chemicals Found In Drinking Water Across The United States 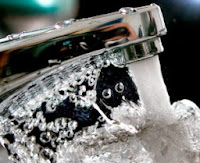 Many communities around the world have been successful in removing fluoride from their water supply, but that’s not the only concern. Although fluoride is still a controversial topic within the mainstream, the other chemicals found in drinking water are not. A new study done by United States federal scientists found traces of 18 unregulated contaminants in the drinking water utilities in a nation-wide sampling, the study is expected to be published this year. It was conducted by the U.S. Geological Survey (USGS) and the U.S. Environmental Protection Agency (EPA). (1)(2)(3)

They did it by analyzing single samples of untreated and treated water from 25 U.S utilities that voluntarily participated in the study. A total of 21 contaminates were found, and 18 of them are chemicals that are not regulated under the federal Safe Drinking Water Act.