2014: Let The Year Of The Solutions Begin 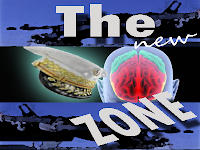 How can we (humanity) defeat the globalists if we don’t have a specific plan? Thus we need an idea on how to move forward; that is, cut into the march toward global tyranny that we are in now. This march toward global tyranny is being felt by all at the local level. You can be physically arrested, detained, fined, harassed, jailed, or imprisoned for almost any reason now. You are now seeing the globalists forcing their will on your personal life like never before.

Government mandatory health insurance, creditor penalties, collections, and fees, aerosol spraying of chemicals and forced GMO foods, jaywalking, parking and loitering tickets, forced medication, control of your children and home schooling, churches not allowed to criticize government, corporations who now have signs in their stores that read “We reserve the right to refuse service to anyone”, and phone and email companies who freely, willfully, and greedily sell your private information to the highest bidder. The list of examples is endless.

Solutions for these and other problems has to first and foremost begin with you.