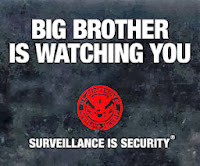 The ACLU, along with the Media Freedom Information Access ("MFIA") Clinic at Yale Law School, have filed a Freedom of Information Act lawsuit demanding that the government release information about its use of Executive Order 12,333 to conduct surveillance of Americans' international communications.

The executive order, signed by President Reagan in 1981 and modified many times since, is the authority relied upon by the intelligence agencies, including the NSA, to conduct surveillance of foreigners outside of the United States. According to recent reports, however, the government relies upon the executive order to sweep up the international communications of countless Americans. For example, it collect billions of records every day containing the location information of mobile phones, including Americans' phones; to harvest the address books of email users; and to sweep up the information of users of Google and Yahoo as it travels between those companies' data centers abroad.