Put it all together and what you have is a description of a militant organization whose purpose is to carry out a Washington version of global jihad, a perpetual war in the name of the true faith 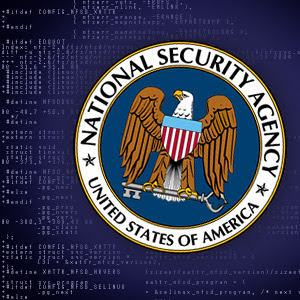 Tom Engelhardt
Tom Dispatch
In a 1950s civics textbook of mine, I can remember a Martian landing on Main Street, U.S.A., to be instructed in the glories of our political system.  You know, our tripartite government, checks and balances, miraculous set of rights, and vibrant democracy.  There was, Americans then thought, much to be proud of, and so for that generation of children, many Martians were instructed in the American way of life.  These days, I suspect, not so many.

Still, I wondered just what lessons might be offered to such a Martian crash-landing in Washington as 2014 begins.  Certainly checks, balances, rights, and democracy wouldn’t top any New Year’s list.  Since my childhood, in fact, that tripartite government has grown a fourth part, a national security state that is remarkably unchecked and unbalanced.  In recent times, that labyrinthine structure of intelligence agencies morphing into war-fighting outfits, the U.S. military (with its own secret military, the special operations forces, gestating inside it), and the Department of Homeland Security, a monster conglomeration of agencies that is an actual “defense department,” as well as a vast contingent of weapons makers, contractors, and profiteers bolstered by an army of lobbyists, has never stopped growing.  It has won the undying fealty of Congress, embraced the power of the presidency, made itself into a jobs program for the American people, and been largely free to do as it pleased with almost unlimited taxpayer dollars.

The expansion of Washington’s national security state -- let’s call it the NSS -- to gargantuan proportions has historically met little opposition.  In the wake of the Edward Snowden revelations, however, some resistance has arisen, especially when it comes to the “right” of one part of the NSS to turn the world into a listening post and gather, in particular, American communications of every sort.  The debate about this -- invariably framed within the boundaries of whether or not we should have more security or more privacy and how exactly to balance the two -- has been reasonably vigorous.  The problem is: it doesn’t begin to get at the real nature of the NSS or the problems it poses.