It is well known that in war, the first casualty is truth - that during any war truth is forsaken for propaganda. ~ Harry Browne 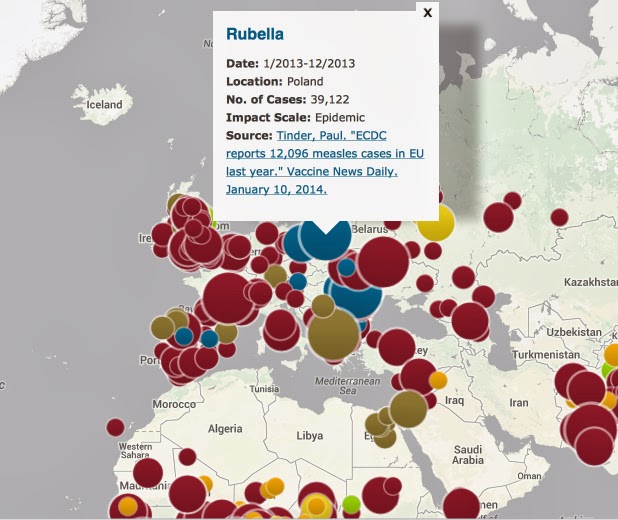 The war against so-called 'vaccine preventable' diseases has a new frontier: the Internet, and most recently The Council of Foreign Relations (CFR) has entered the fray with the publication of an interactive map that it claims "visually plots global outbreaks of measles, mumps, whooping cough, polio, rubella, and other diseases that are easily preventable by inexpensive and effective vaccines."  This widely referenced map generated news headlines such as:
CFR's map is "made possible by the Bill & Melinda Gates Foundation," and is part of The Global Health Program at the Council on Foreign Relations, which it claims "provides independent, evidence-based analysis and recommendations to help policymakers, business leaders, journalists, and the general public meet the health challenges of a globalized world."  The problem, however, with this map is that is not based on peer-reviewed biomedical evidence as one would expect, but largely anecdotal evidence aggregated from unconfirmed and often unverifiable news stories.