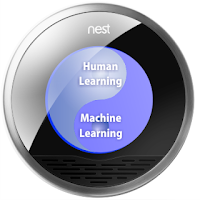 Google's $3.2 billion acquisition of Nest Labs has become a top news story. However, this is about far more than Google taking a major position in the future of Smart Home technology as it currently exists. Google's other major recent acquisition was in the area of robotics; and, significantly, artificial intelligence. This is where the story takes on new meaning.

These major purchases indicate that Google is poised to automate the concept of Smart Homes to a far greater degree than has been possible before.

According to leading tech site, Gigaom, the robot invasion is about to begin in earnest as we move on to an expanded landscape interconnected and managed by an "Internet of Things."