10 Ways We're Being Spied on by Big Brother 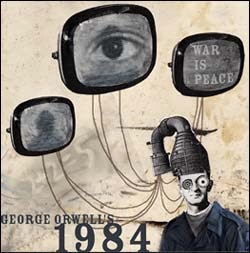 [A security camera] doesn’t respond to complaint, threats, or insults. Instead, it just watches you in a forbidding manner. Today, the surveillance state is so deeply enmeshed in our data devices that we don’t even scream back because technology companies have convinced us that we need to be connected to them to be happy.”—Pratap Chatterjee, journalist

What is most striking about the American police state is not the mega-corporations running amok in the halls of Congress, the militarized police crashing through doors and shooting unarmed citizens, or the invasive surveillance regime which has come to dominate every aspect of our lives. No, what has been most disconcerting about the emergence of the American police state is the extent to which the citizenry appears content to passively wait for someone else to solve our nation’s many problems. Unless Americans are prepared to engage in militant nonviolent resistance in the spirit of Martin Luther King Jr. and Gandhi, true reform, if any, will be a long time coming.

Yet as I detail in my book A Government of Wolves: The Emerging American Police State, if we don’t act soon, all that is in need of fixing will soon be unfixable, especially as it relates to the police state that becomes more entrenched with each passing day. By “police state,” I am referring to more than a society overrun by the long arm of the police. I am referring to a society in which all aspects of a person’s life are policed by government agents, one in which all citizens are suspects, their activities monitored and regulated, their movements tracked, their communications spied upon, and their lives, liberties and pursuit of happiness dependent on the government’s say-so.