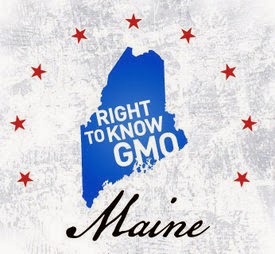 Maine joined Connecticut this week as the second state in the nation to sign a genetically modified food labeling law, but you may not have heard much about it because the mainstream media hasn’t really said anything about it.

Do a basic news engine search and you’ll see that no mainstream media outlets have reported anything on this story. In fact, at the time of writing this, the most I could find was Washington Post Blog and Grist (with a ridiculously biased title).

No other major news outlets are touching this story. Why?