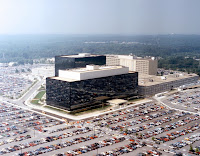 A report by RT states that the NSA has implanted software in computers around the world that enables them to use surveillance of those machines even when they are off-line.

According to the report:


The secret technology uses covert radio waves transmitted from small circuit boards and USB cards clandestinely inserted into targeted computers, The New York Times reported. The waves can then be sent to a briefcase-sized relay station intelligence agencies can set up just miles away, according to NSA documents, computer experts and US officials.

The radio frequency technology – which often needs to be physically inserted by a spy, manufacturer or unwitting user – has helped US spies access computers that global adversaries have gone to great lengths to protect from surveillance or cyber-attack.