Hundreds of thousands of protesters, hundreds of vehicles permanently occupy intersections across Bangkok in opposition of Wall Street-backed regime.

The fourth, and largest mass mobilization yet by protesters seeking to rid Thailand of unelected dictator Thaksin Shinawatra and his proxy regime, has filled the streets of Bangkok with hundreds of thousands of protesters, turning sections of the city's roads into walking streets, campsites, stages, and protest areas. 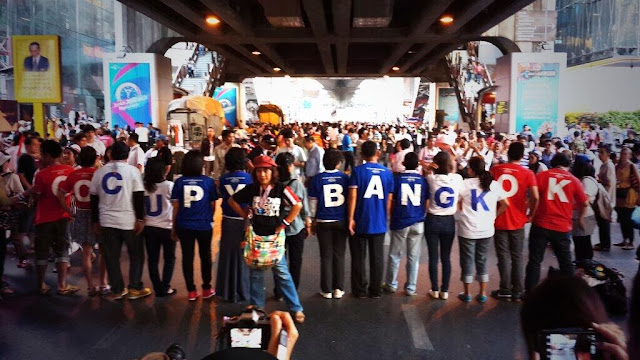