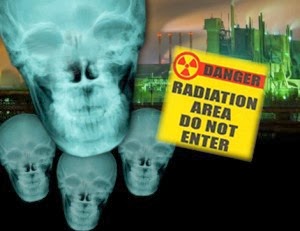 Worldwide there has been a massive increase in cancers of all kinds since 1945.

On Monday July 16th 1945 in Alamogordo, Mexico the first ever atomic bomb was tested. The bomb was called Trinity, which by definition means three things that are closely conjoined to form one new unit. It’s also the name given to the Christian Godhead: The Father, The Son and The Holy Spirit, but there was nothing holy about this alliance.

The success of the Trinity test allowed progression to the main event, the nuclear bombing of Hiroshima on August 6, 1945 and Nagasaki on August 9, 1945.