The Era Of Cyborgs Has Begun 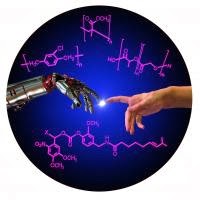 Technology seems to be on a runaway course either to free humanity or to enslave us. On one end we see massive continued investment in replacing humans with robots, both economically and socially.

Parallel to this trend, we are seeing advancements in neuroscience being made from global projects like the BRAIN initiative in the U.S. and its counterpart in Europe, the Human Brain Project. These projects seek to decode the human brain and tailor it for "treatments," as well as to enable the realization of full brain-computer-interface technology.

The pace of these developments has increased toward the dizzying, such as a "living" transistor that uses DNA merged with graphene, the advent of quantum computing, the creation of avatars, DNA nanobots, and a range of neuro applications that are beginning to transform our fundamental relationship with the "real" world.