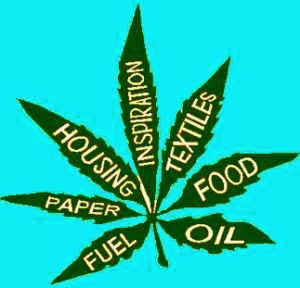 Vote Hemp, the nation's leading hemp grassroots advocacy organization working to revitalize industrial hemp production in the U.S., is excited to report that an amendment to legalize hemp production for research purposes was included in the Farm Bill, which will soon be voted on in both the House and Senate.

Originally introduced by Representatives Jared Polis (D-CO), Thomas Massie (R-KY) and Earl Blumenauer (D-OR), the amendment allows colleges and universities, and now also State Agriculture Departments per the conference committee revisions, to grow hemp for academic or agricultural research purposes, but applies only to states where industrial hemp farming is already legal under state law. The full text of the bill may be found at: http://www.votehemp.com/FarmBill.

"Although I strongly opposed the Republican Farm Bill, I was pleased to see that the bipartisan amendment that I offered with Representatives Blumenauer and Massie was included in the final bill that passed the House of Representatives today," said Rep. Polis. "This commonsense amendment will allow colleges and universities to grow and cultivate industrial hemp for academic and agricultural research purposes in states where industrial hemp cultivation is already legal. I look forward to working with my colleagues in the Senate to ensure that this language becomes law."